This free mini bundle will get you started and give you an exclusive peek into the world of Louise George's SoulFire Sessions membership site & community - for 'Soul Aligned Success' & a life that feels as good on the inside as it looks on the outside. In this bundle you will receive: 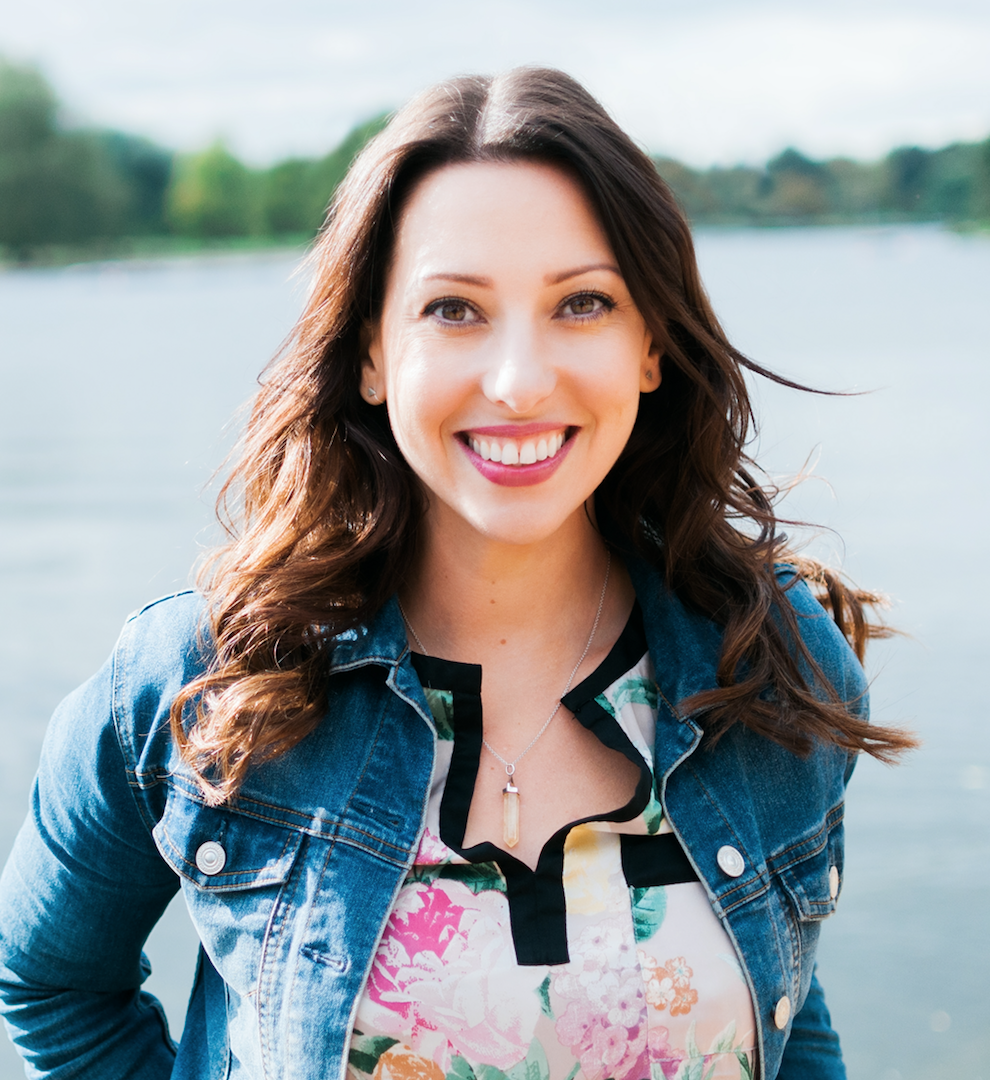 Louise is an experienced, professional & passionate actress and TV presenter, with 18 years experience, having played a range of roles both on stage and screen.

You can currently see Louise in ‘Our Kind of Traitor’, with Damian Lewis, on Netflix and Amazon, as well as 'City Slacker’, which was nominated for Best British Feature at Raindance Film Festival & a BIFA in 2012. Louise has also appeared in one of the UK’s longest running & most popular soaps: Eastenders.
louisegeorgeactress.com

Louise is also the CEO & head coach at louisegeorge.co & host of SoulFire Sessions Podcast. She has been an entrepreneur for over 12 years & one of the world's leading life & success coaches since 2014; supporting: entrepreneurs, creatives, celebrities & leaders in taking their lives & businesses to the next level; helping many small businesses grow from 0 to 6 figures + in their first year.

As a sought after coach Louise has been invited to speak as an expert, around the world at events such as: The Awakened Woman Conference in Bali, The Positivity Summit In NYC, Vogue Cafe in London & Mind Body Spirit Festival in Birmingham. Louise has also been featured in publications such as: Thrive Global, Psychologies Magazine, Mind Body Spirit, Hay House blog, The Business Journals & Huffington Post. louisegeorge.co

When not working you will often find Louise in the outdoors: stand up paddle boarding, running, or hiking with her dog.

SoulFire Spark Session
Available in days
days after you enroll

"Magick happens when you join forces with Louise George"

SoulFire Sessions membership is the next best thing to having Louise as your personal coach and private clients have... 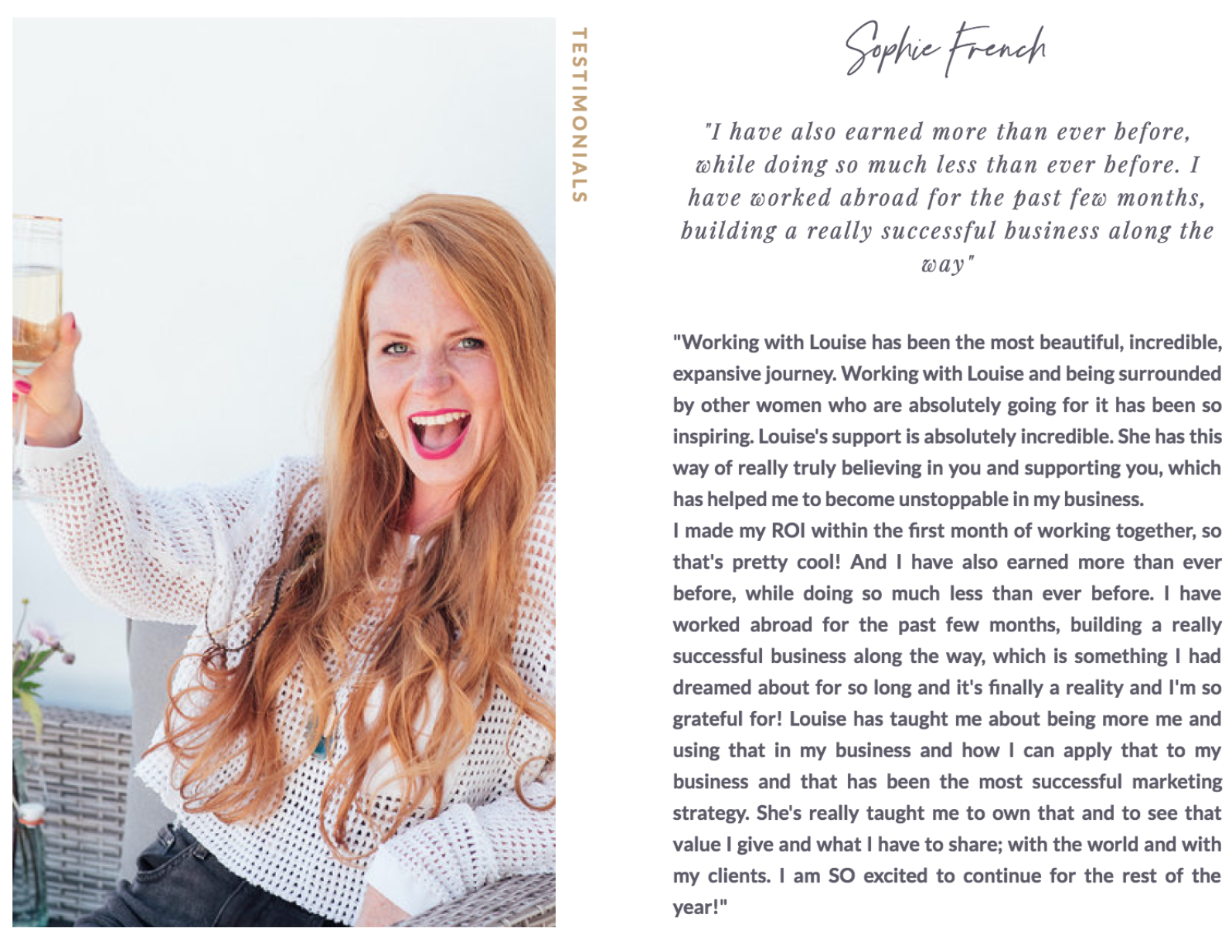 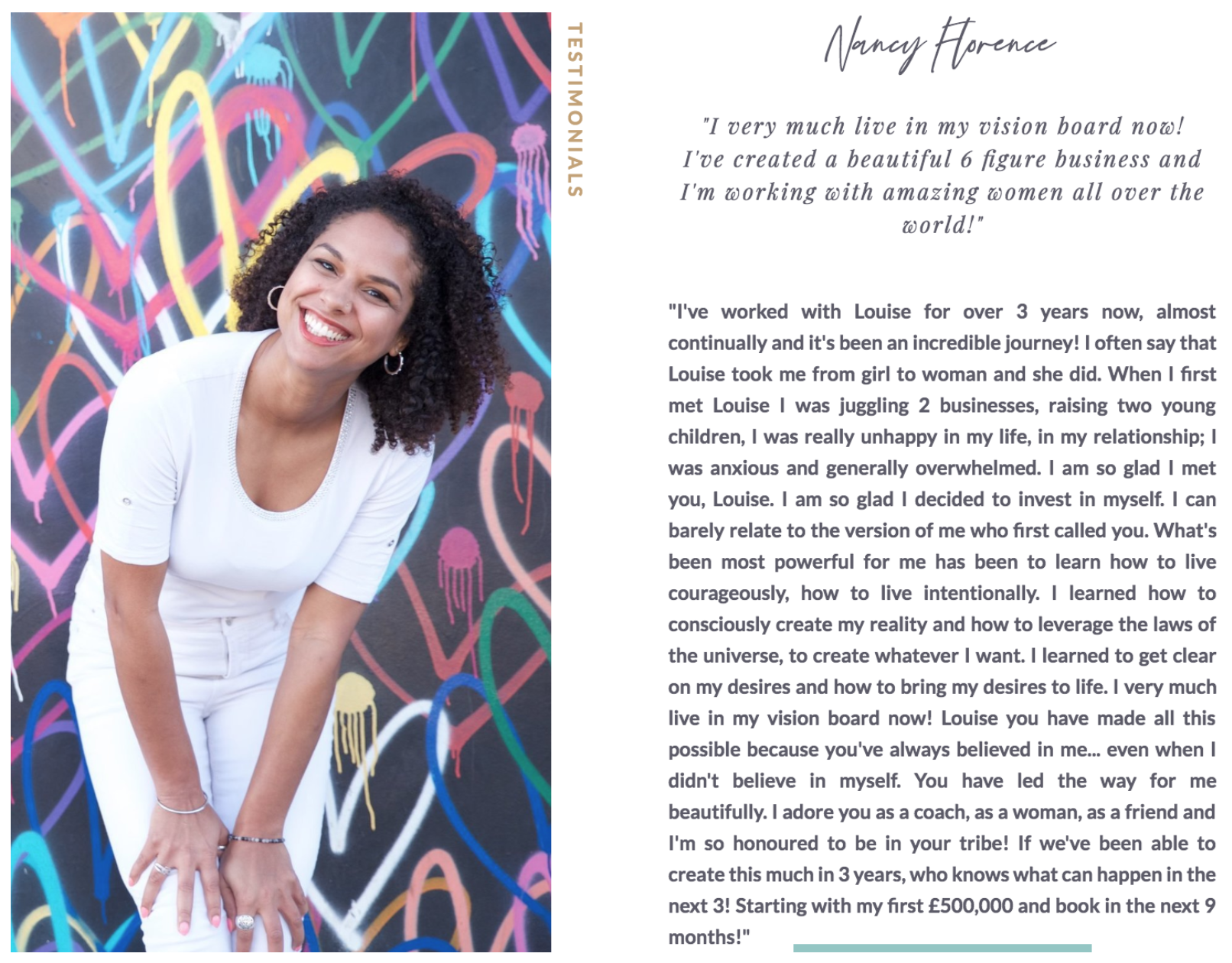 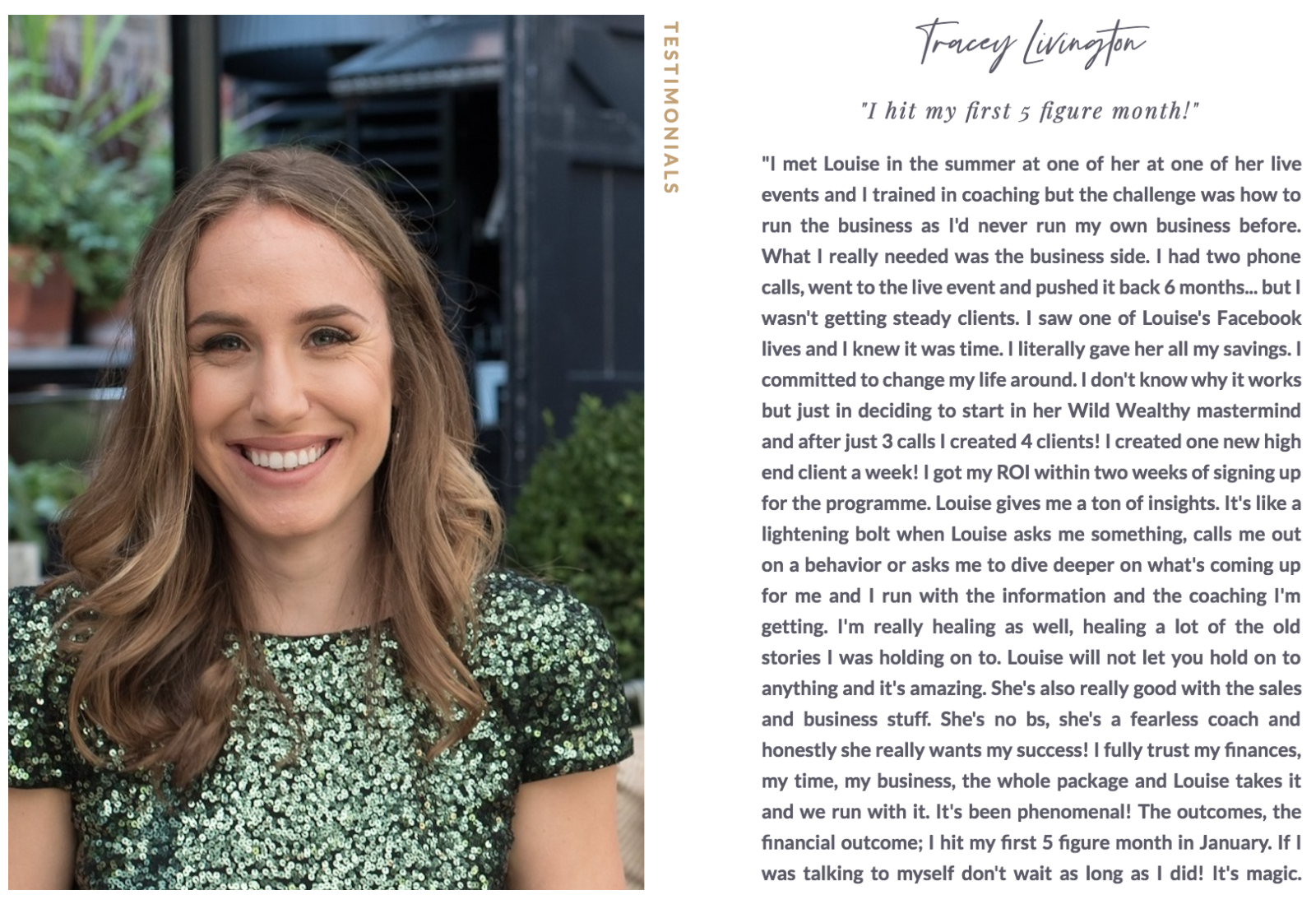 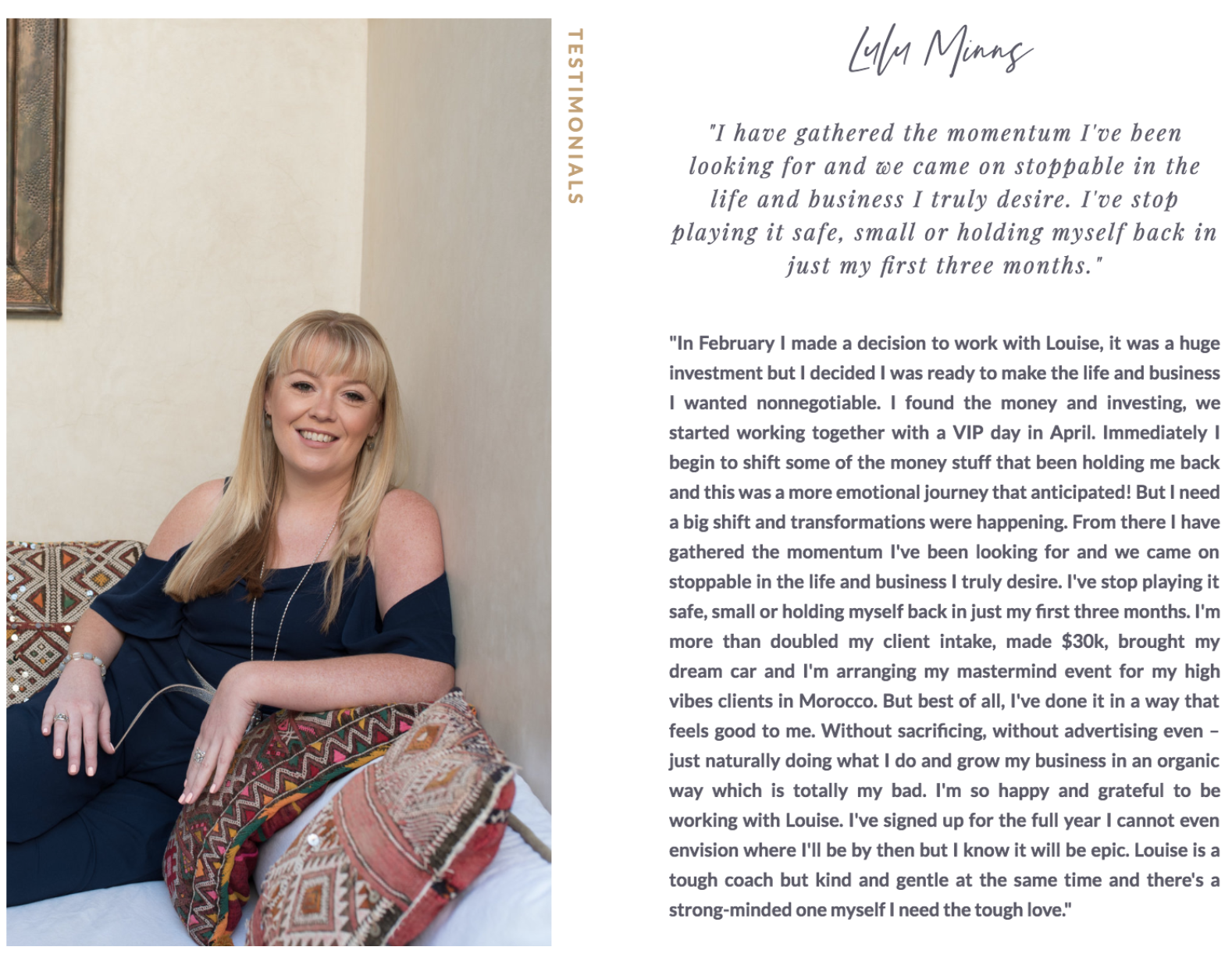